I discover I have many albums 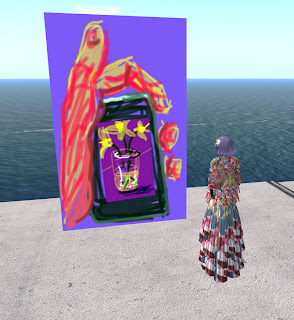 No. of pics on Flickr: 2059 (good); No of pics on Picasa: 925. Plus 1000 more (surprising)
Am somewhat dim, but have only just woken up to fact that, since have Blogger blog and upload pics to Blogger blog, therefore as night follows day, have Picasa album containing pics from Blogger blog.
In early days of Blogger it was not owned by Google, and therefore pics went one knows not where into some vast bloggy picture server. Have feeling that when Blogger was bought by Google, for a while Google did not own Picasa (may be wrong about this and do not care enough to check). Anyway, have gone years now uploading pics to Blogger and it was only yesterday, when happened to click on question mark icon on the Upload panel, that was led through to info about Picasa and thence quickly to own Picasa albums.
In fact to multiple albums and also, since blog with multiple identities, multiple albums on multiple accounts. So I find that there are the aforementioned 925 pictures on MY Picasa: 2 albums of Adventuresofyoshikawa (not sure why there are two, looks like there might be a max size), plus 5 pics I uploaded on the Low Prim Living with Style blog (mostly by mistake) and 3 blogger profile pics. Additionally my Sheila Webber account had 1000+ pics that have been uploaded to the Information Literacy Weblog. Dimitrova also has a Picasa space, because of the stuff she uploads to Low Prim Living. 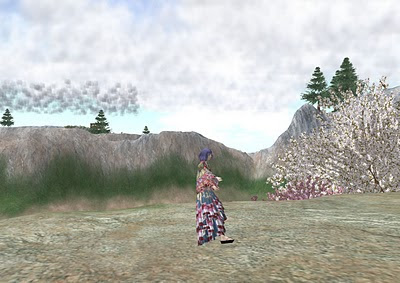 So this may be starting to seem a rather tedious blog post, but really did find it disconcerting to discover this large pool of my own content just sitting there out in the cloud without me realising. Was a bit as though had been placing photos with meaningful captions around my room to make artistic displays and suddenly discover that copies of all the photos were also simultaneously being chucked into a crate in the Departmental Office. As far as can see there is not a backwards link from pic to blog post (which is not surprising, as basically you are just linking from the post to the pic), but the CONTEXT or caption for the posts are therefore lost. Am not now going to waste yet more of my life creating 2000 captions. However, think is the decontextualisation of pics that find a bit odd.
Have not hesistated to make albums public (default being that Blogger albums default to private, which is something; at least they were, so to speak, in the Departmental Office and not in a grab bag in front of WH Smith). However, now that know they are there, might as well chuck them out to the interweb like my other stuff.
So if you want to see just the Yoshikawa pictures: go to .. umm .. I think go to http://picasaweb.google.com/101342941470414817695 May add link to Webber stuff as well, but would have to log out of this first, so will do it later. There is overlap with Flickr set, but not 100%.
Anyway THESE pics are of an exhibition of art created by David Hockney on his iPhone, and then of me doing Tai Chi at home, having liked the Tai Chi balls outside the exhibition gallery. Peace. Harmony. And so forth.
Posted by Sheila Yoshikawa at 05:51