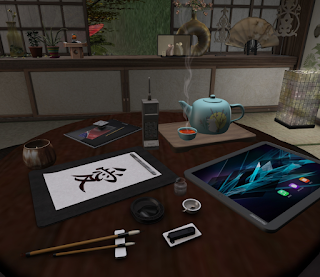 Blog posts completed after mere 5 year delay: 1 (good)
Had decided to post here for first time in mumble-mumble months, when noticed had 66 draft posts. As had thought, most of them consisted of few enigmatic words or a couple of random pics., but this seemed almost complete, so have decided to post it. Unfortunately forgot to note down when actually drafted it*: think was 2015, though that seems a bit late for 1st Tweet chat. Anyway here it is:

------------roll back time to 2015-------------
For first time participated in Twitter-only discussion this week. Could not help but compare with SL equivalent so decided to be Reflective Practitioner and blog about it. Was then question of which of my x zillion blogs I should burden with these pearls of wisdom. Thought people would be least likely to read it if I put it here, and hey haven’t blogged here recently**, so here we go.

Discussion was about info literacy, so is pretty easy to compare with some Infolit iSchool discussions. Must start by saying that am not that keen on Twitter. Have blogged about that HERE. Blog I blogged THAT on is more Serious Blog (though with risibly low page hits, but whatever) so omitted to mention key drawback which is that on Twitter no one can see whether you have a kitten on your head. Or your shoulder. Or new spiffy cowboy boots with pink ribbons. In fact you could be a dragon or a dancing cabbage and people still wouldn’t know. Whereas in SL it is all out there for people to see and make merry banter about.

Tried to reign in refs to SL in above blog post, because we all know that people think that people who like SL are, like, weird**, but was thinking how on SL do have fun. In fact in week before wrote Twitter-is-no-fun post had amusing post-meeting banter in SL with Kali and Pancha which started with fact that Pancha was wearing steampunk librarian outfit (lower half replaced by gears). Led to reminicences about when Kali rezzed with no top on and I took pics and then had to promise not to post them to Flickr. Lord how we chortled. You had to be there. 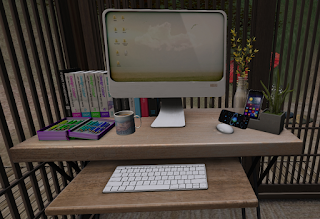 Anyway: Similarities between a discussion on infolit on Twitter and in SL:
1. Can be at your desk/ in bed/ in the pub i.e. anywhere where you have a device and an internet connection:
2. During discussion can nip out to make coffee, take a phone call, have a comfort break etc. etc.
3. You get an automatic transcript
4. Discussion overlaps and is disjointed
5. Technical problems
6. People use [inserted May 2020 use what??? language? a computer? I suppose people will have been using SOMETHING, let's leave it at that]
7. You find out some interesting stuff and talk to new people
Differences
1. On Twitter you get to talk to people who use Twitter, on SL to people who use SL.
2. Beginning and end of session are not so clear on Twitter, though of course could have been Twitter session I was in.
3.
------------roll forward to 2020---------

At this point typing had ceased. Presume was through lack of time, but perhaps was so overwhelmed with differences that had to go and lie down. 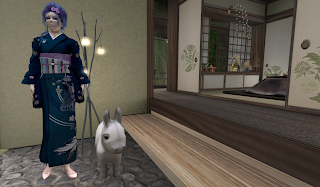 Anyway, can add some more differences, so, to continue
3. In SL shared digital space is more distinctive, and more likely to be brought into conversation
4. Also in SL can move location
5. Can use Twitter on all sorts of devices, and even when your device and signal are rubbish. Not so with SL
6. In SL can be present and not saying anything, but people still know you are there.
7. In SL people more likely to apologise for arriving late, or for dropping in late and then disappearing. In Twitter get more people divebombing in and out (or perhaps they've been there all the time not saying anything, one can't tell, see (6)
8. On SL saying goodbye and thanking people takes 3 times as long as on Twitter. This is an estimate. If anyone wants to give me money to test this hypothesis, yes please.
9. More likely to get an idea of what was said on Twitter afterwards, as will be able to search on hashtag even if no-one has archived chat. In SL depends on someone sharing chatlog
10. Are more likely to get pics of the SL discussion posted than Twitter discussion, in that - why would you even take a pic of a Twitter discussion?
11. In SL more likely to comment on people's appearance and people more likely to change appearance during session.
12. SL is more fun. It just is.

Hmm, not sure that is unbiased assessment, but this is a reflection, not some nonsensical attempt at objective evaluation. Have illustrated this with pics of some of my devices in SL plus me in a kimono with a small donkey companion, because, why not

*As soon as had looked at it Blogger helpfully updated date to today's.
** No change there, then
Posted by Sheila Yoshikawa at 08:25 No comments: