So, came across some publicity for Digital Writing month and thought that should contribute, as any excuse to do pics and write stuff is welcome. Am pondering in what way this will differ from all writing that normally do, which is mostly clickety-clack on some keyboard and screen as have almost forgotten how to use pen and form legible words. Would probably have found this out if had read blog about Digital Writing Month rather than just thinking, hey, cool idea and bookmarking it.

Through this blog, discovered pic that had been Thinglinked (or was it other way round, discovered DWM through Thinglinked pic? oh well) and so below is first ThingLink. Not sure whether this is any more digital than usual writing, but gave excuse to do more pics of kittycats which is always welcome. 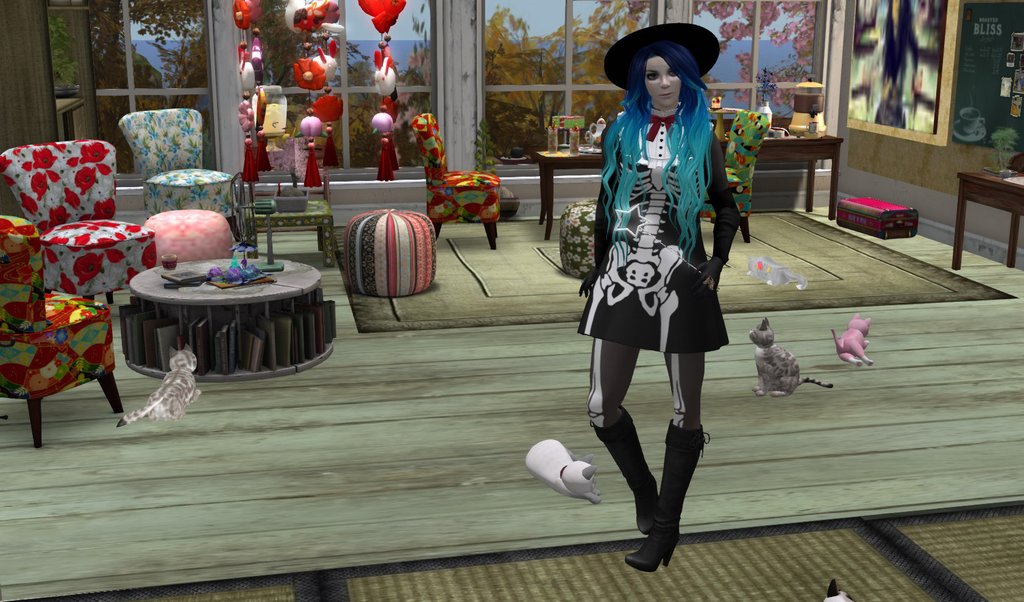 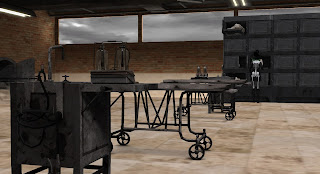 Did the WHOLE of the tag! gacha tour, in which you click the tag gacha HUD and get whirled to the next destination. Each destination is of course a shop, what else, with a gacha but also an urn which you click to mark that you've been at the store, plus it gives you a freebie trick or treat. Since wanted to get round it haven't yet opened most of the trick/treats nor indeed most of the items snagged from the gachas. The starting and finishing points to the gacha hunt were v.v.cool including a mortuary and graveyard, so have shown a couple of pics.

First one shows the Bonus Room which was a mortuary (it was unlocked once you'd been round all the shops). You can play "spot the witch" (i.e. me, was pretending to be the forensic expert inspecting the corpse in NCIS or Body of Proof, though if their mortuaries were in this state think that environmental health would have been called in by now). 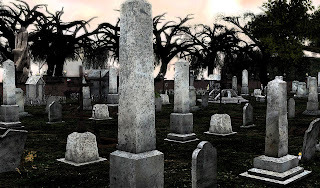 Second pic is arty photoshopped view of the Redemption Graveyard that you could go to at the end. Called Redemption because you redeemed any Mystery Bonus Tickets and also think there is pun there about being redeemed, but not sure that spending oodles of lindens on virtual halloween items is actually path to redemption. Was interesting to see little arrangements of pictures and flowers that each creator had put by their tombstone, sure there is ample fodder there for psychologists, should any such be SL gacha addicts. In the meantime, enjoyed wandering round graves feeling pleasantly melancholic.