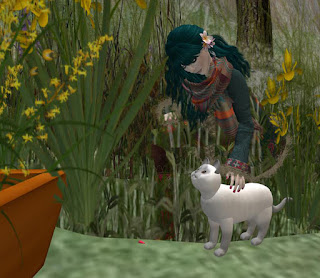 Months since last blogged here: 4 (disappointing, but, whatever)

Had sudden urge to blog here, and discovered these pics which uploaded to blog in early December. Think must have been assailed by worry that was inflicting same old same old kittycat postings on world, and therfore went no further. But, whatever, kittycats are cute.

So, here you have a series of pics from start of Dec 2012, and will see what I can remember about them.

Starting point must actually have been pic lower down i.e. KittyCats update that meant you could PET OTHER PEOPLE'S CATS. In this pic, however, am petting own cat i.e. Stone, cute as ever. Think that Stone kept somehow disappearing through wall of house into garden. Still can't work out how he does that. 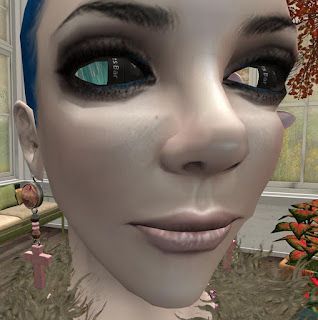 This 2nd pic is nothing to do with cats, but that old chestnut My Eye Texture Has Disappeared Woah Isn't That Spooky. This has happened to me before. It will happen to me again. But evidently I thought it was worth taking a picture of.

Only really odd thing is that on right can see straight through eye and head to window frame of house (house from which Stone had just made break for freedom) and on left can just see back of head. But not much entertainment value there, really.

So on to next KittyCat picture.

Here I am just having tp-ed inworld, to discover Naomi and Quilt flat out in cutest sleeping pose, with UPDATE ME floating over their heads. Is all a bit hazy, but think this update was pretty straightforward, just click cat, get update, rez the updater, and, lo, KittyCats now amenable to petting by all and sundry. 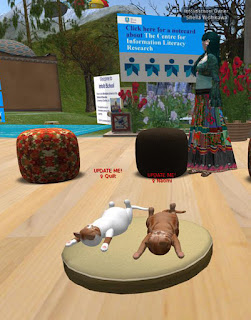 Suddenly remember was amusing moment last semester when coerced student wearing balloon avatar to pet cat for photo-op. Will try to unearth that pic and blog, just for completeness.

Otherwise, what can I tell from thsi picture? Appear to be wearing fetching oufit from Boho Hobo. Hmm, that is what I am wearing in this fashion blog post, which must mean that actually theses pics were taken in November not December. Landscape in background is late autumn, not winter; snow line has not yet crept down mountains (QED).

And so on to the next pics, in which, sated by pampering and petting own kitties, move to other people's.

Firstly, there are cute kitties in the Hanaya shop. There was a nice winter shelter out in front of the shop, with the kitties curled up on cushions, just waiting to have their new petting feature experimented with.

BTW, in case you want to try it for tyourself, should you come across a KittyCat in need of affection; you right click and select PET. This is in the place where it normally says SIT, so basically it means that your KittyCats now come with inbuilt poses for others to use. 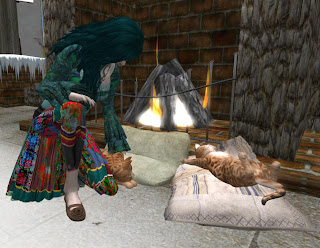 The final pic was taken in Urbanized, when they introduced a new line of KittyCat cushions. The pose is in the cushion, rather than the cat, so you have to get the cat in the right position for it to look cute.

You have 2 options. You can wait for hours and hours for your KittyCat to wander randomly onto the exact right spot and try to pose before it wanders off again. Or you can right click on your cat, select edit, drag it into the correct place, and immobilise it with a judicious click on the menu. It is up to you. 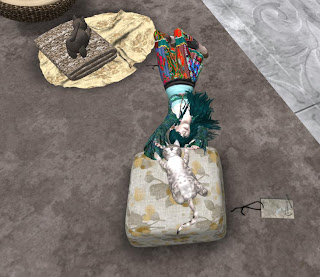 Posted by Sheila Yoshikawa at 13:31