Whatever happened to the last 4 hours? 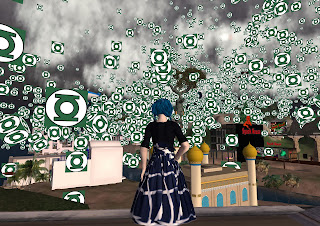 Appears to be over 6 weeks since last blogged here, so brief reflection seems in order. Of course have had Xmas in between which is always bit of a blogging lull. Still 6 weeks is a long time, during which (as can be seen above) have been busy bee in other social media, and have also done fair share of talks, meetings etc. etc. in SL.
Possible factors for blogging failure include:

1. 52 weeks of colour challenge. Majority of population will need reminding that each week Luna Jubilee announces a new colour, and to keep to Challenge have to post an outfit in that colour before end of week. Have completed 10 weeks! Have even managed outfits in green and sienna! In fact seems a pity that only 42 more weeks to go! Also starting to get sucked into that vortex of time which is Commenting on Other People's Posts, since Luna rather amazingly is commenting on the zillions of blogs which are following challenge, and this has even drawn in a few comments from others on my pics, so of course I have to at the least do some Silent Faves on Flickr. 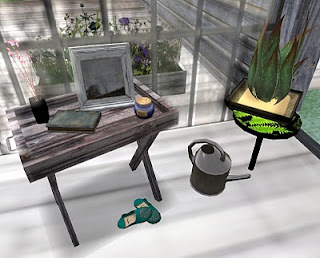 2. Am starting to feel need to do interior design posting too. Started when put pics into the SL House and Garden photo comp on Flickr in August. Were supposed to be only 3 prizes, but was given special 4th prize which was cruelty really, since now can only strive to recreate said glory. Took ages photographing & photoshopping entries for "colours of fall" (=autumn) Flickr comp, but with disappointing result that a) noone faved my pics and b) winner of comp has never been announced, even though comp ended last year. Anyway, sad thing is that have started to Crave Faves, and (since know that to she that giveth shall be given) have started doing some Faves myself and even odd comment. Must be admitted that most of people who fave me are designers whose work is featured in my pics. therefore is scarcely disinterested. But, hey, a fave is a fave. 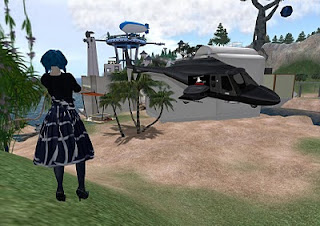 3. Am now dabbling in video, using Screenr screen capture and often blending video clips and pics to create a slideshow on Animoto. Have been encouraged in this endeavour by getting the Golden Crown at the ARVEL meeting before Xmas for 5 minute vid about Infolit iSchool. Has to be said that were only 2 entrants, but still, this shows this is all adding up to pattern of amazing success in the media field.

4. Have been doing loads of stuff, but lots of it is same old same old: arrange SL interviews, return abandoned vehicles to people that have crashed into my land, go to VWER meetings, arrange discussions, take endless pictures of self and photoshop them, observe griefing and wait for someone else to mop up the problem, create winter wonderland, delete winter wonderland, get overexcited by new shop selling cute plants/ hair/ animated kittens.
Still find this riveting to do, but perhaps no longer to ponder upon. 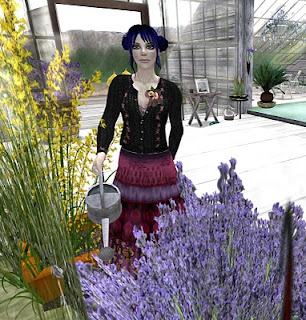 5. Having started to write sort of short stories, so perhaps all creative juices are leaking into these.

6. Is possible that have lost sense of humour. Assuming that ever had one.

2. Considered buying new blouse in Zaara's. Looked at them. Decided not to.

4. Whilst there, saw that Chimera had some rather nice hair

5. Looked at the Object profile and tp-ed to the new-to-me shop

7. Discovered that browser has been creating separate files for each day's chatlog rather than bunging them in the same one. Relief in some ways since had thought was simply not logging chat at all. But - Why oh why? 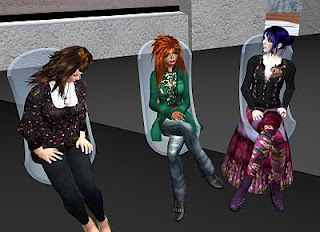 9. Took pics of self in new outfit, in new Greenhouse house (created yesterday)

12. Reflected that all this answers my question "where did the evening go to?"